In France, approximately 11% of the entire population were killed or wounded during the war. Almost 1.4 million Frenchmen died in the service of their country and another 4.2 million men were wounded – a casualty rate of 74% of all those mobilized in the French Empire. They left behind 600,000 widows, 986,000 orphans, and 1.1 million war invalids. 10% of the male population of France had been wiped out, a figure that rises to 20% for the ‘under 50’ age group. Of the 470,000 males born in France in 1890, and who were 28 years old when the war ended, half were killed or seriously wounded. In Belgium more than 40,000 young men were killed. The soldiers killed, and part of the civilian casualties, were men, – husbands and comrades, brothers, fathers, grandfathers and fiancés – and their premature deaths (one third of them were eighteen to twenty-seven year-olds) impacted the regular order of generations. Over 1 million parents lost their sons in the war and about 3 million next of kin were directly affected by a death. The destruction of the workforce (10.5 percent) upset social relations, particularly given the rural nature of France (farmers accounted for 42 percent of the losses); the subsequent birth deficit is estimated at 1.3 million children. 17 percent of recruits (28 percent of soldiers) were killed, including over 22 percent of officers and 25 percent of infantrymen. Many bodies were never found and countless others were unidentifiable. Nearly half the French dead could not be identified by their families: 260,000 bodies were not retrieved and 200,000 could not be identified when their identity bracelets proved inefficient.

The law of 31 March 1919 provided for the compensation of war victims through the Ministry of Pensions, with support from specific offices (e.g., the National Office of the Nation’s Orphans, the National Office of Disabled Servicemen). War Memorials were subsidized (notably by the state under the Law of 25 October 1919 on municipal memorials, or by town councils and general councils). The number of war memorials quickly flourished: most village memorials were inaugurated before 1922, while their completion in cities took somewhat longer. The memorials visible in town squares were only one part of commemorative expression in the 1920s: the name of each soldier killed was engraved in his town, but also at his school, company or government department, and potentially in his parish or religious community too. It was not until 24 October 1922 that 11 November was made a national and public holiday. This official recognition was not actually driven by public authorities, however, but rather by veterans. The funeral of the French Unknown Soldier was held on 11 November 1920. The Unknown Soldier was permanently buried with military honors, at the Arc de Triomphe, on 28 January 1921, under a tombstone with the solemn inscription: “Ici repose un soldat français mort pour la patrie. 1914-1918” (“Here lies a French soldier who died for the homeland. 1914-1918”). The flame was lit on 11 November 1923 and was to recall the flickering soul of the dead, –  a reminder never to forget as well as an invitation for introspection.

Much of France and Belgium, where the main WW1 battles were fought, were left devastated. The Western Front, some 250 miles long and 25-30 miles wide, had been reduced to a wasteland. 1,659 towns and communes had been blotted out, 2,363 others were wrecked, and 630,000 houses were destroyed or seriously damaged. So many mines were ruined, that the output of coal was reduced by a half. Some 21,000 factories were gutted, and the great manufacturing centres at Lille, and the Longwy district, were systematically despoiled of machinery vital to their prosperity. Even today, huge tracts of land remain cordoned off from the public and people still die from unexploded munitions left over from the war. 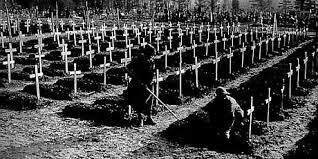 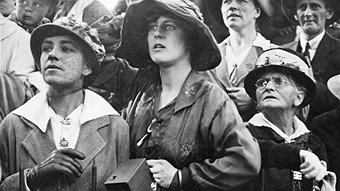