World War 1 lasted 1,564 days and caused some 40 million casualties. The loss of life was greater than in any previous war in history, in part because militaries were using new technologies, including tanks, airplanes, submarines, machine guns, modern artillery, flamethrowers, and poison gas. On average. 6,000 soldiers died every day. Some days were worse than others. At the battle of Frontiers, on 22nd August 1914, France lost 27,000 men killed in just one day. At the Battle of the Somme on 1st July 1916, Britain lost 19,240 killed. On 21st March 1918, the Ludendorff Offensive, cost 10,851 German lives. While calculating casualty rates is complex and sometimes controversial, the following statistics are widely accepted estimates.

Civilian Deaths as a result of direct military action: 950,000

Country with the most military deaths: Germany (2.1 million)

250,000 British Soldiers suffered a partial or full amputation, as a result of fighting in the First World War.

The huge loss of human life, numbs our comprehension. Each casualty was an individual, with a family and life history. Whatever the motive for their service or the manner of their death, their sacrifice should be remembered. 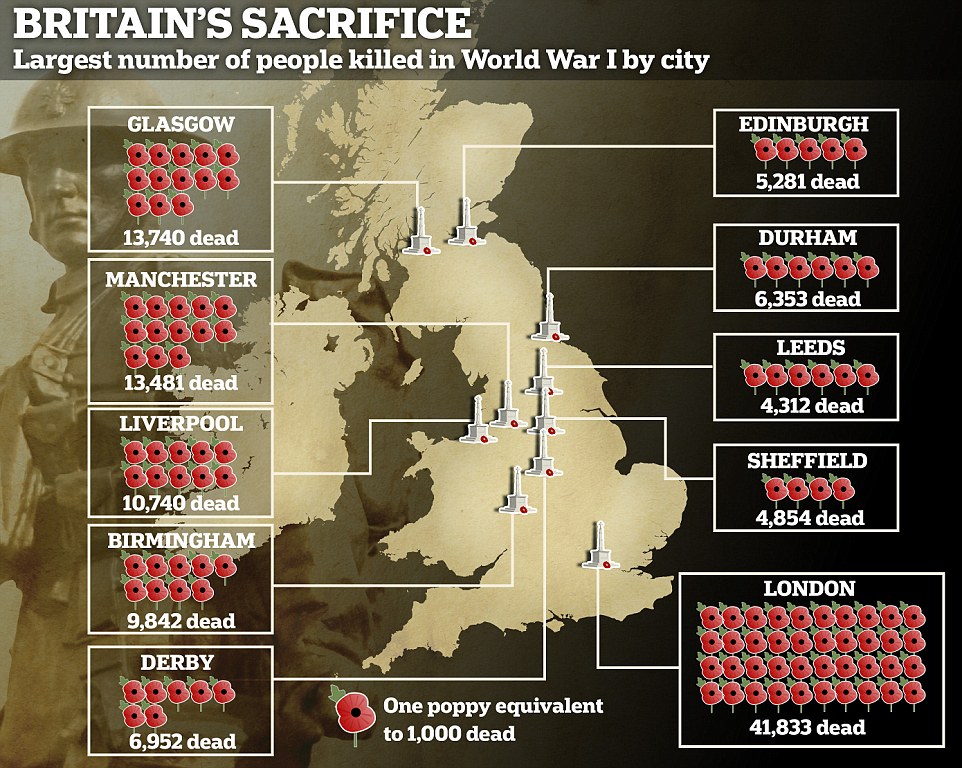 A map shows the ten places that saw the most men die in battle. While it was the big cities that lost the highest numbers of men, it was the smaller northern England and Scottish towns that saw entire generations completely wiped out

But it was the northern and Scottish towns that saw their populations hardest hit. In Durham 6,300 men lost their lives. This was equivalent to almost two in ten men in the city and nearly eight per cent of the total population.

Another Country Durham town, Bishop Auckland, was also hit hard losing more than six per cent of just 13,600 people, all of them men between 18 and 50-years-old.

Derby lost almost six per cent of its population and Dumfries five per cent, according to genealogy company Ancestry.

Nine of the 10 towns and cities that lost the highest proportion of their population are in Northern England and Scotland.

In part, historians have put the heavy loses these towns saw down to the formation of the ‘Pals Battalions’. 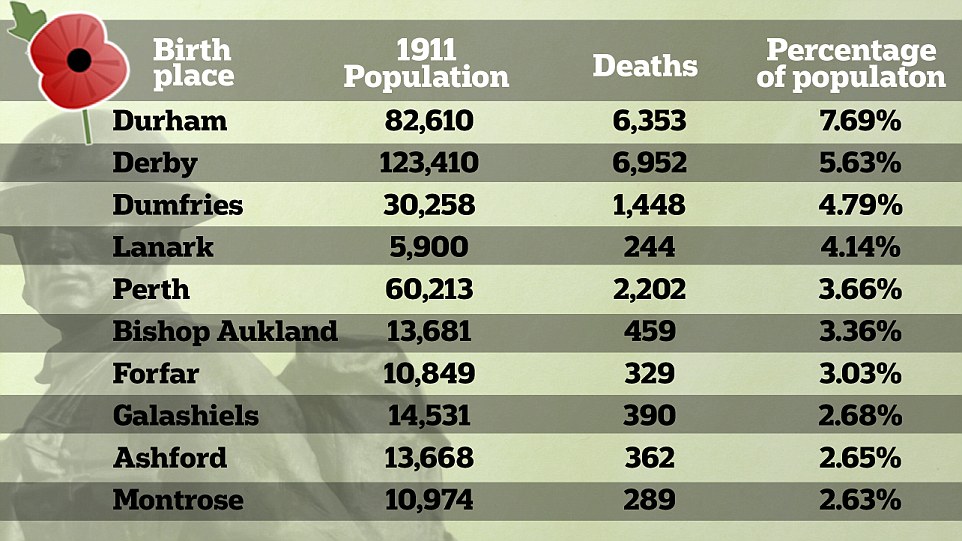 Nine of the 10 towns and cities that lost the highest proportion of their population during the First World War are in Northern England and Scotland.